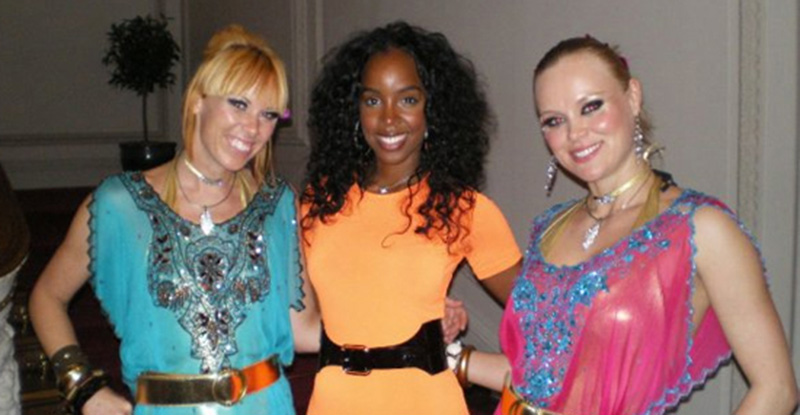 Jem Cooke is a 27-year-old singer-songwriter based in London. Recruited from a very young age as a session singer, Jem has worked on many successful advertising campaigns, backing vocals and TV and radio jingles including PC World, Baileys, Blue Peter, Comfort, Molly’s Gang, Joss Stone and many more.

Jem’s song-writing took her to NYC in 2005 where she secured a residency at the legendary Bitter End club in downtown New York.

17th Patsy McKay will be lecturing at Leeds Music College.

13th Bass player Wayne Plummer has been chosen to be in the session band with Skint & Demoralised who are signed to Mercury Records.

31st Marie-Anne Bruccheri showing how versatile she is played at L’Oreal’s networking evening which had a Halloween effect. This was done in conjunction with Styles by Solares.

Amy is blessed with a beautiful voice and has been singing from a young age. She graduated from Leeds Music College and plays piano and writes her own songs.

She was the support act the showcase of signed band S.O.L last October (2007) at the Jazz cafe and also played at follow up gigs, headlining May and June 2008.

She has performed in venues including Hard Rock Cafe, Royal Festival Hall and Royal Albert Hall. Asked to appear on Channel 4’s ‘Chancers’ and in final 8, with recommendations from Trevor Nelson and Fatman Scoop. Find out more…

15th REDKEN TRIBE 08 EVENT at Battersea Evolution presented by Alex Zane. This year’s event was amazing and AKlass working very closely with Style By Solares organised everything from styling, casting models to shows. The theme this year was Fashion, Drama, Art and Energy and all the shows incorporated these themes. This year we not only stage-managed the entire shows by Patsy McKay, but also show produced the shows for Lee Stafford, Burlingtons, Guido, and The Chapel.

AKlass used a live House Band consisting of some of the best musicians in the Music Industry and also incorporated solos in individual shows from Louise Plummer, Marie Anne Bruccheri and James Manders. The Band performed a set after the live show of top dance hits. The event was a front cover feature on the September issue of the Event Magazine.

2nd AKlass was asked to provide a Soul singer to perform a live set at a private dinner party in Manchester. Annette Bowen sang an amazing set with Yomi on keyboard.

26th Jody and James Manders performed at a wedding at the Hempel Hotel in London. Singing songs in the Civil Ceremony and at the Reception.

‘A lovely performance from two great artists, which prompted many compliments from our guests. The songs during the ceremony were particularly special and we would highly recommend them. Many thanks’ James and Andrea, Wedding Hempel Hotel

18th AKlass were asked to provide a live Band and Dancers to perform at a 40th Private Birthday Party in Manchester. The band were Entropee and dancers the IT Girls. Dancers also performed with Kelly Rowland from Destiny’s Child.

2nd Lilliana and her band TRUCO play a great Brazilian set for the SKY Summer Party at London Oxo Towers.

‘We would gladly recommend Patsy to any bride/groom thinking about using AKlass – Patsy was brilliant, very efficient, professional and also friendly, making the whole process much smoother. Thank you again! ‘ PhungNhi and Rob (Bride and Groom)

31st Marie-Anne Bruccheri was back in the studio recording with Razorlight.

30th Radio 1 Live Lounge recording with “One Night Only” who used AKlass singers and Bruccheri String Quartet to cover the No.1 hit song by Nickelback “Rockstar”

‘When the band told me they wanted some gospel singers and a String Quartet for their live performance on Radio 1, I was a little nervous, to say the least. Luckily I was put in touch with Patsy at AKlass who sorted everything… it sounded great !’

‘I wanted to thank you for the most wonderful guitarist-James who not only played beautifully, but was a really lovely guy, and provided a really relaxed atmosphere for the reception. You’ve been a star and a perfect mix of friendly and professional. I will definitely recommend your Agency to friends organising events.’ Annabel Price (Bride)

The evening was kicked off by Marie-Anne Bruccheri playing solo violin as guests arrived and later in the evening Elizabeth Anastasiou and band (Mojito) performed a variety of cover songs as the after dinner entertainment.

1st – 3rd AKlass arranged the band and backing vocals for Mariah Carey for the TV shows: Paul O’Grady, Friday Night Project and T4 Music Special as she promoted her hit single “Touch My Body” and other new tracks from her upcoming album.

Another year has come and gone and 2007 was good year for AKlass. We are now building on our reputation as the “Can do Agency”. We offer a professional service with a personal touch and no task is beyond us.

Please take the time to look at our “band” page in the “Services” page as we now have samples/demos of music from our artists.